Rendering a Hotel Room with Blender and YafaRay

There is a simple rule to work with YafaRay and render scenes for architecture, which determines the render method used for a project. When the scene is an external view we should use Pathtracing as render method. And for internal views the best option would be Photon mapping. Those are the best environments for each method, which doesn't mean that we can`t render an external scene with Photon Mapping or an internal view with Pathtracing. Just think of it as a starting point for your experiments and render tests.

If you want to check out a nice example of an internal render, made with Blender and YafaRay for a Hotel Room, using Photon Mapping you should take a look on the link for the YafaRay user forums. The image below shows the project created by an artist called tycjan.

At the forum you will find a higher resolution image, and the settings used by tycjan to create the image. 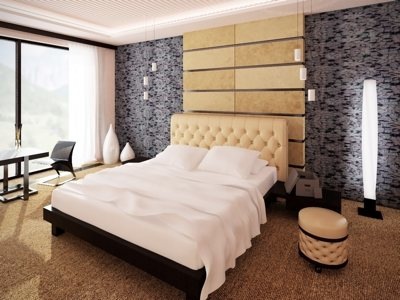