Rendering with instancing in YafaRay

When we have to create a scene that uses lots of objects to represent objects like grass or leaves, we end up with a high load on our systems, making the process of rendering the scene really difficult and time consuming. One of the solutions for this problem is the use of instancing for rendering, which is a technique that YafaRay users will be able to use. Yes, that is correct, in the last YafaRay updates it seems like we will have an option to use instances to represent thousands of objects during rendering.

Below we can see some render tests made by condar. 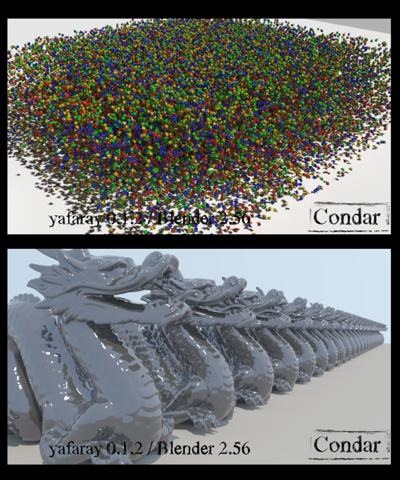 According to some comments on the forum, the tool is not yet finished and ready to be used on production, or at least to reduce the load on scenes with lots of objects, but is nice to know that we are close to get this on YafaRay.