Rendering stairs with Blender and YafaRay

Even with the development of a powerful renderer for Blender like Cycles, there are still a lot of users that will stick to options like YafaRay. I`m not planning to full migrate my projects to Cycles right now, much because of what I already have created with both YafaRay and LuxRender. And there are a lot of ongoing architectural visualization projects in production using Blender and renderers like YafaRay.

For instance, just take a look on the image below created by an artist called Alejandro, and posted at the YafaRay user forums. The image shows some nice stairs all created in Blender and rendered using YafaRay. If you visit the forum thread, you will find information about the render time and settings used for this project.

I asked Alejandro for few details about the image and here is a description of the project:

It started trying to mimic an image.

The modeling was done in one day, was only done half of the stair, the rest is done with and array following and empty for the offset.

Then half day texturing and placing lamps, the render took 2 days to get some settings right,as i wrote on the thread i'm new to using yafaray. The post production was done in some hours, all inside Blender, after that, the result are the images on the forum. 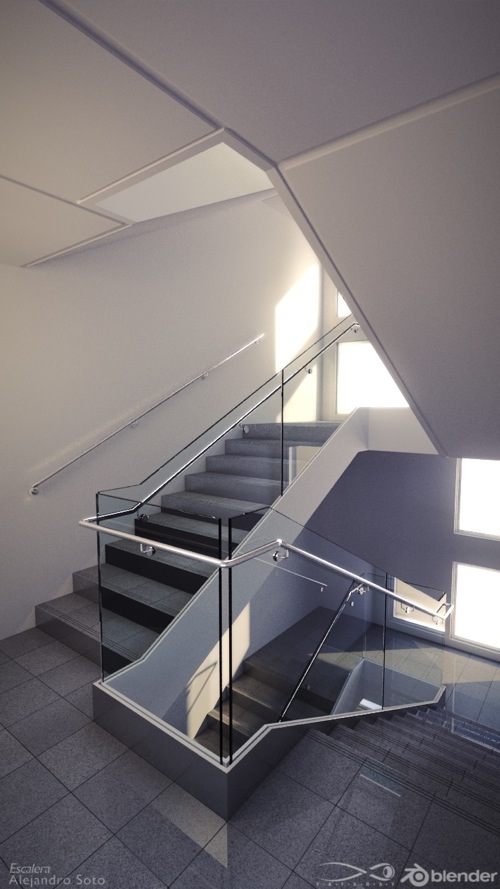