How to setup a wood floor texture in Blender for architecture

The textures of a scene play a big role on any architectural visualization project to add both context and realism. But, is there a right way to setup textures? Some people uses a mix of handcrafted UV Maps and polygons to improve details, others go only with UV Maps. I think that for most cases a map is more than enough, but sometimes adjustments to the 3d models could give an extra level of detail.

Do you want to learn how to setup a wooden floor for architecture using Blender and YafaRay? An artist called AniMeAniBe posted at the YafaRay user forums a dinning room image produced with Blender and rendered with YafaRay. 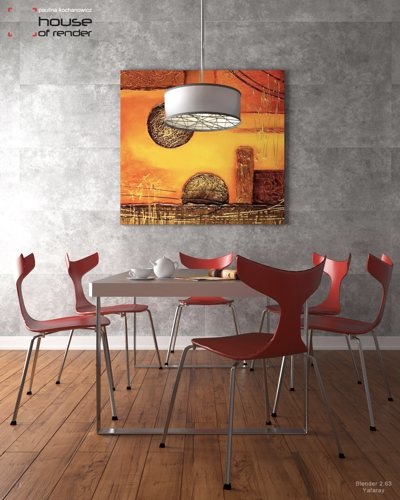 Besides the nice render we also got a tutorial on video showing the full process used to setup the wood floor for this particular scene! This is useful not only for artists using YafaRay as their renderer, but also for everyone using Blender to setup textures for architecture.