Rendering a kitchen in LuxRender

Here is another great example of internal rendering made with Blender and LuxRender. An artist called strelok posted on the LuxRender user forums a scene of a kitchen, with some great insights for materials and lights. At the discussion on the forums, strelok posted his settings for the rendering with LuxRender, but the best part is that he made the full scene, created with Blender 2.56 available to download. There we can take a look on how he manages to model and setup some interesting elements for this scene, like the curtains.

Even if you don`t use LuxRender for rendering I recommend you to download the scene, to study how to model all objects and props on the project.

The final render of the kitchen looks like this: 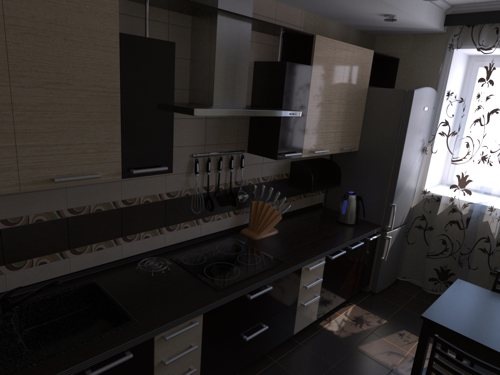