One of the best ways to get started with any external render in Blender is to get scene examples to study and see how it works. And following this principle you can download a few sample scenes with a complete setup in LuxRender! At the Show-off pack, you will find a lot of scenes rendered with LuxRender and some of them related to architectural visualization. And by downloading those files, we get to see all kinds of details about the project like:

Some of the scenes were already featured here in Blender 3D Architect, as the “School Corridor“, which is an amazing example of architectural lighting created with Blender and LuxRender. For those of you willing to try something else besides Cycles, I believe that LuxRender is a great alternative. 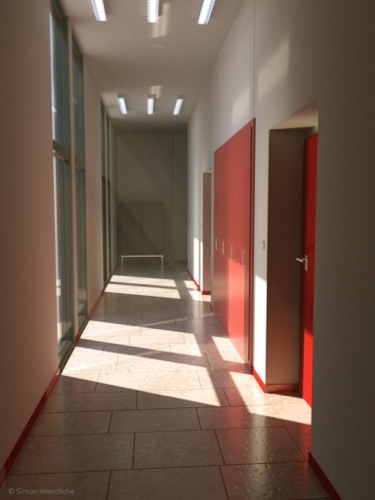