For artists just getting started with architectural visualization you probably will struggle to get only a single view from a project done. But, with time and experience, a single view of a project won't be enough anymore. For a few artists, it is becoming a routine to release several images from the same project, which happens on commercial projects. Do you want to see an example of an artist that usually post several renders from the same project?

Here is another incredible work from architectural artist Julio Cezar Pires, also known as julioras at the BlenderArtists user forums. This time we have a fantastic set of renders (eight views) called only “Apartment.” Despite being an excellent example of artwork for architecture produced entirely with Blender, you can also learn something from this project. 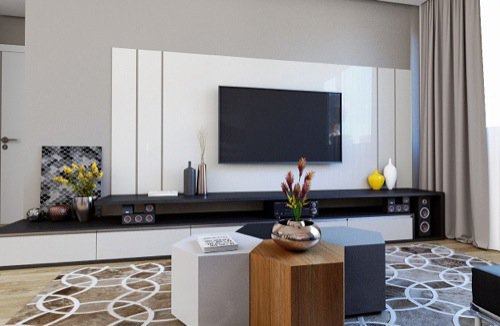 If you follow the link to the forum thread and take a look at all renders, you will also find some screenshots from the settings used to get those images “cooked” on Cycles. Do you want to know the balance between exposure and strength for the background texture? Materials and textures nodes? It's all there!

Even being a great resource to learn more about the process that led to the creating of such beautiful renders, you have to realize that most of the time those settings requires some testing to “solve” the render. At some point, you will most likely have to make adjustments and trials to test those settings.

Use the settings as a guide and not a way to only pass numbers to your project, because their application will depend on a lot of factors like background image (HDR), textures, scale and more.

One aspect that caught my attention is the performance of the GPU used to render all images. According to the artist, he did all renders on a GTX 760 with only 1500 samples in 46 min. For the quality of all images, it is an excellent performance.