One of the best render open source render engines to use with Blender is about to get an update, with a lot of new features. A few days ago the LuxRender 0.8 RC 1 was announced with a great list of new features. If you haven`t used LuxRender yet, let me just say that I often use LuxRender for internal renderings, because it will give me a quick setup and photo real renderings. Since it uses unbiased render methods, we can get some great quality renderings based on physical behavior of light and materials.

The full list of new features can be found here, with the proper descriptions. But, from all those new features I can point two of them that will really help anyone working with architectural visualization. The first one is the much-expected GPU acceleration, which will speed up the renderings with the use of GPU cores. And the Outlier Rejection filter that will reduce the fireflies on images. 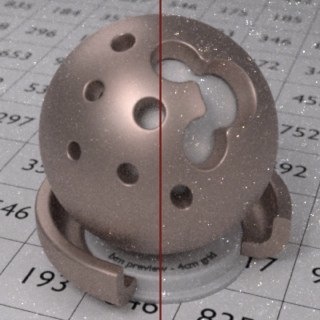 I know that External Photon Mapping, Volumetric Scattering and all the other new features are important. But, I find those two to be the ones that will impact our work right away. How about you? Do you have another highlight for this new release?