Top floor: From Blender to Unreal Engine – Part I (Profile)

The project profile series of Blender 3D Architect is a collection of articles with the aim of feature projects related to architectural visualization. We invite talented artists to share additional details about each project to demonstrate how they approach each stage of the process. And also allow each author to publicize their work among our readers.

How does it work? It is like an interview, where we sent a couple of questions about a project for the artist.

Today we have an apartment interior from digital artist Wessel Huizenga, which uses Unreal Engine 4 as the primary render engine for models created with Blender. Since the artist shared a lot of details on this project, we divided the profile into two parts.

What is unique about this project? Unlike many of the projects that start with Blender for a render with either Cycles or Eevee, you find an architectural project using real-time renders with the Unreal Engine. In this detailed profile, the artist shares a lot of his workflow and shows how he manages to get an architectural scene ready for rendering in the UE4.

The use of tools such as the Unreal Engine 4 for architecture is something new for a lot of artists because it involves handling and adjusting a game engine. It is a different workflow from Blender, which could give some impressive results if you know how to set up lights and materials. With the benefit of having a fully interactive 3D space to present your ideas and projects.

Let me thank Wessel Huizenga for sharing the details about the project with Blender 3D Architect readers.

Was it a commercial project? What can you tell us about the motivation for this project?

”Top Floor” is a personal project of mine. It is part of a series that I did for my ArtStation portfolio. In this series, I took existing architectural renders made using “traditional methods” as a reference. I built those scenes up from the ground inside Blender and recreated them (in my style) entirely inside the Unreal Engine 4.

The point of these series is to use them as a connection or conversation starter. Before I started doing archviz around a year ago, I did some research on what programs to use. I quickly found out that UE4 was a big upcoming game changer within the archviz industry.

Knowing that I wanted to create two or three scenes that look identical in quality but are made using very different programs. Whenever I get invited to a company to do a speech about my work, I can convince them that it is more than possible to achieve a similar result using UE4 than you can with the “traditional method.” Remaking a scene gives a fantastic way to compare both scenes, and makes it really interesting for companies that are looking to dive into UE4.

For the project ”Top Floor” I aimed to recreate an existing scene. I used the renders of a scene called Not So Small as my reference and my experience in 3D evaluate dimensions and scale. The blueprint that came with this project helped me get the overall layout of the scene. 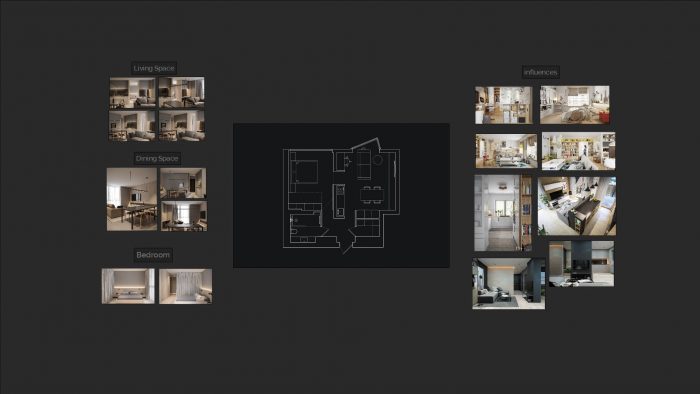 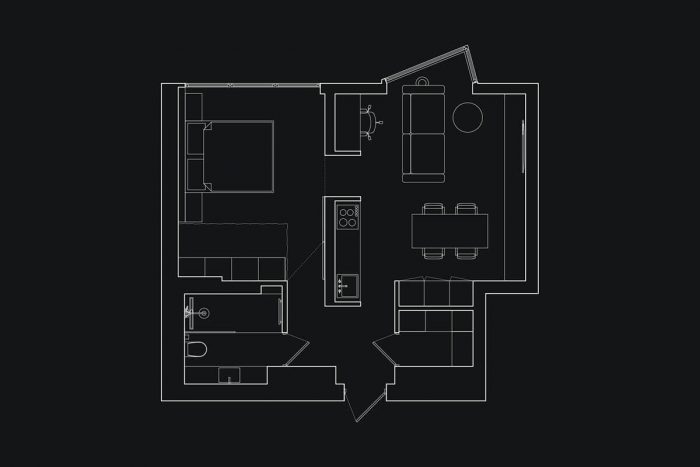 It’s hard to give a precise estimate of the time as it was a side project. It took me around two full work weeks (80 hours) to get a finished product. I could have done it way faster because I have a fully developed pipeline developed for such types of projects.

But because I am still studying, I was also looking to take some time to learn new things during this project. With the pipeline I have, it is more than possible to set up the scene within a week (working with a 3d library that I created over time). 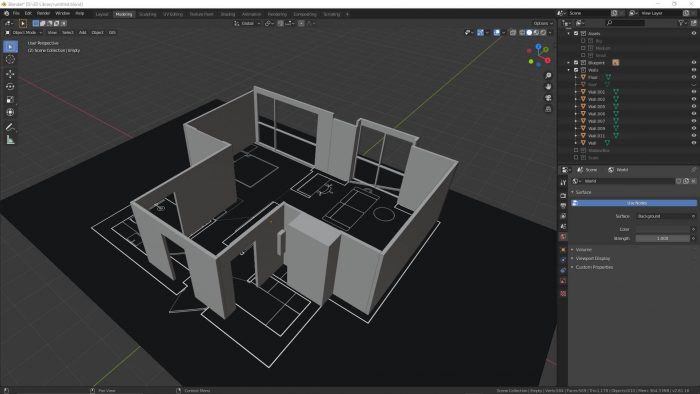 Do you convert only the architectural elements (walls, windows,) or the entire project, including furniture?

Personally, I’m a fan of exporting my assets as custom FBX files. Exporting everything myself gives me more control. When I export, I make sure that I create my scene using the right groups. I have a group for all the walls, furniture, and small props. Selecting everything in one group makes it easy to import to UE4.

I simply have to drag and drop and put the values on 0 for all the objects to be in the same position as they are in Blender.

With a mid-range PC, it is always a challenge when it comes to baking times. For this reason, I always optimize my 3D Assets by making them as low poly as possible and using a custom UV that helps to improve the quality of the lightmap. A good lightmap really helps to decrease building times. I make sure that the assets I export aren’t too big so that I can keep the resolution of the lightmap pretty low.

When separating bigger objects into smaller ones, I have to be smart to choose where I would cut them up. Having weird cuts in the wall might result in bad artifacts (shading errors).

Keeping everything in mind and optimizing as much as I can result in good overall quality and a baking time around 2–3 hours on CPU. Because I can keep my building times quite low on CPU, I never felt the need to switch to GPU baking on my personal PC.

I believe resolving the issue of long baking times in UE4 really helps improve the overall scene rather than switching to GPU. In the future, I would love to see the power of GPU rendering inside UE4.

This concludes the first part of our project profile. Later this week, we will post the second part with details on the lighting process for this project.

Thanks again to Wessel Huizenga for sharing details about his work. Visit his portfolio page if you want to reach him or see more of his architectural visualization projects.

You can also reach him on LinkedIn.