In the past few weeks, we have been talking a lot about the upcoming Blender 2.79, which is our most important tool to create a 3d visualization. But, alongside with Blender, another valuable tool received an update. That tool is a-frame!

But, what is a-frame? It is an open source framework to create Web-based VR or WebVR. The framework is now in version 0.6.0 and has several new options to create VR experiences on the web.

From the list of updates, we can highlight an improved performance for VR applications and support for controllers in GearVR and Google Daydream.

If you have an existing project, you can update your source code quite quickly! Just replace the “0.5.0” to “0.6.0” and test your VR project. And that is it! 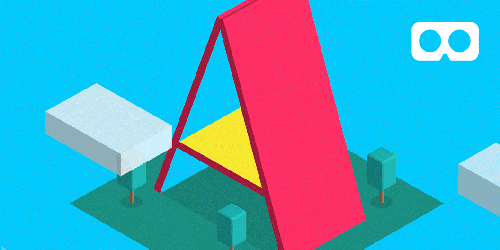 Having the option to use a controller for GearVR and Daydream is a great addition to the framework. Now you can mix fuse based interactions with the controls. Don't have any idea of how WebVR works? Open this link on your mobile phone, using either Chrome or Firefox. That is a kitchen scene made in Blender and rendered as an equirectangular image.

Using Android will give you the best experience, because iOS won't allow the browser to go fullscreen.

For students of the Course about VR architecture with WebVR, all content is still up to date! I will soon add an example of how to use the controllers for GearVR and Google Daydream for improved interaction.

Virtual Reality is a strong trend among digital artists and the technology pointed as the future of VR is WebVR. The main reason for that is the cross-platform nature of WebVR. You just have to create one project that will run on all systems! No matter if it is an high-end HTC VIVE or an affordable Google VR using a smartphone.

As a media for entertainment VR has several limitations, but as a way to engage potential costumers and show architecture is an incredible tool.

Take a look at our course about WebVR for architecture to get started with the technology! I will show all steps necessary to begin converting your projects to VR from scratch.