The creation of NPR images in Blender received a boot with the release of version 2.67 with the full integration with Freestyle. If you want to render images using stylized colors and lines for architecture, Freestyle is the right option for you. But, this doesn`t mean that by using Blender Cycles to render images, you won`t get the same effect. And here is a project that will prove this concept, created by an artist called congcong009 and posted at the Blenderartists forums, we can find a comic book project produced with Blender. In this particular project a team of artists model scenarios, buildings and everything else in Blender and render the scenes with Cycles. All images are composed in Photoshop to achieve the final result, which resembles a Japanese style animation look. 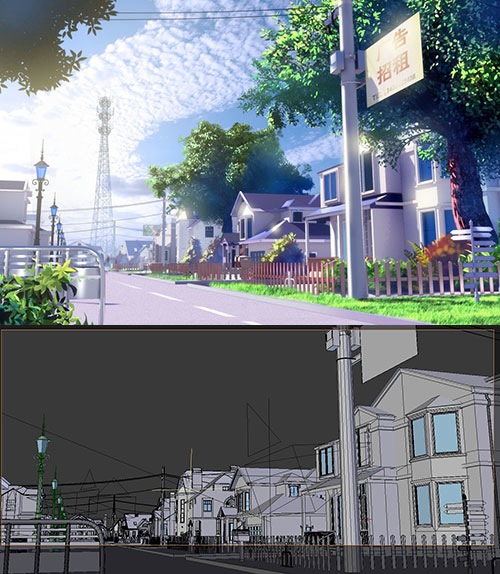 This is not aimed in architecture, but the amount of scenario modeling and interior visualization on the project is amazing. And for an NPR style, their technique produces some beautiful results. Go check the forum thread to see a full set of images from this project.