In the past few days a new version of the upcoming LuxRender 0.6 was released, and now we have a RC5 to test before a stable release is available. Along with several bug fixes, this new release was announced with an improvement in the render speed to previous LuxRender 0.6 RC. Since LuxRender works with progressive refinement to generate the images, and render times can be very long depending on the type of scene rendered, any improvement on the performance of the renderer is welcome. But, since a few users on the LuxRender official forums claimed that render times are almost the same with versions RC4 and RC5, I decided to run a test myself to see if the render speed is shorter with RC5.

For this experiment I`m using the same computer, a dual core with 2GB of RAM and a windows xp with only the basic services running. The computer was left alone rendering for a period of 30 minutes and by the end of the process; we will compare an image created with RC4 and RC5 to check the amount of noise from both renderers. The scene used is from an old project of mine, which was rendered with Indigo Renderer by the time it was still a freeware.

This project was about a visualization of the furniture layout for an interior design project. 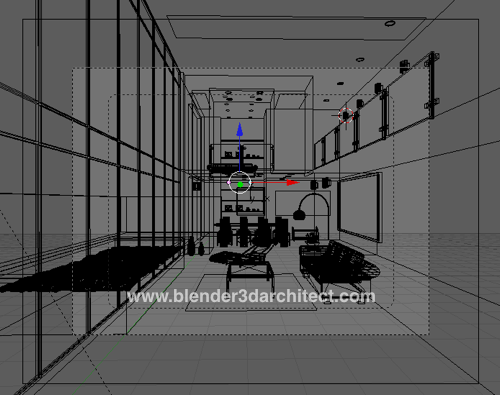 After 30 minutes of rendering, this is the result I got from LuxRender RC4. 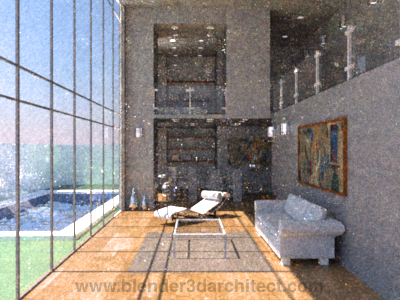 And the same image rendered with RC5. 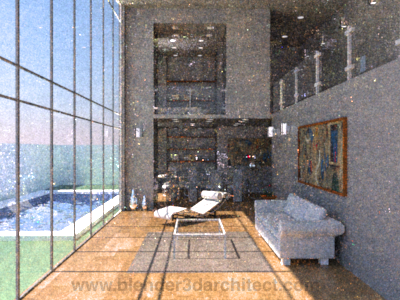 If you take a close look on both images, you will notice that in the render from RC4 we have a bit less of noise. My impression here is that RC4 was able to work with more samples in the thirty minutes of render time than RC5. This can be verified with the screenshots from LuxRender, when the render was stopped.

With the RC4 the average of samples per second was a bit higher. Look at the TotS/s values.

The conclusion? Well, It`s hard to take conclusions with only this test, but as a overall impression the render did not get any faster. If that`s the cost of a more stable release, I can live with it! The best thing to do now is to take a scene where you have worked with previous versions of LuxRender and do some tests as well, and take your own conclusions.