Industrial Vanity: Modeling in SketchUp to render with Cycles

For that matter, Blender can become a powerful companion for anyone using SketchUp, and do not want to migrate their workflow fully. You can still create your 3d models in SketchUp and render the results in Cycles.

You will have to create all materials and textures in Blender, but it is a small price to pay for the quality you can get.

Do you want to see an example of a project that took this same approach? An artist with a name of giridc posted at the Blenderartists forums a project called Industrial Vanity.

The 3d model came from SketchUp, and for the render he chooses Cycles. 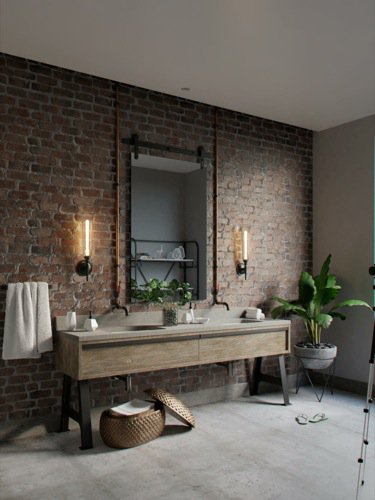 Even with hardware that doesn't have that much power, he was able to get good results. Using a mobile GPU that has a small amount of VRAM and not that much CUDA cores, each render took about 3-4 hours.

With a better GPU, he probably would get lower render times.

That shows how SketchUp artists could benefit from using Cycles as their render engine. They would be able to keep their modeling environment and import the model in Blender for rendering.

And remain with a free solution.