The number of external renders engines compatible with Blender 3D is growing fast, and today we have several options to render projects using advanced global illumination algorithms and methods. A few months ago we only had mostly YafRay and PovRay to create our projects. I know there was other like Sunflow and Kerkythea, but most architectural visualization projects were made on those two renderers, at least the ones I saw at the Blender Gallery and forums. Today we have YafaRay, Indigo Renderer, LuxRender, V-Ray and even Mental Ray compatible with Blender using Python scripts.

Which one of them is the best?

Well, I know an artist that usually says that all renderers can create astonishing images, if you know how to use it. And he is completely right. I see that all the time when I find a 3ds Max user that wants to migrate to V-Ray because he canâ€™t get good renders in Mental Ray. Among 3ds Max artists, Mental Ray is well known by the difficult to master all the features and settings to create realistic images. In the other hand, for users with a good knowledge of V-Ray it will be possible to create images with the same amount of realism achieve only by Unbiased renderers like LuxRender, Indigo and Maxwell Render.

If have doubts about the best renderer to pick for your architectural visualization projects, you are not alone. To help with the decision, I found a few articles that might help you, with comparisons between different renders for Blender 3D.

The first article makes a comparison between Unbiased render engines, to render an interior scene with LuxRender, Indigo Renderer and Maxwell Render. The link will take us to the LuxRender user forums where you can check out the results of the comparison. 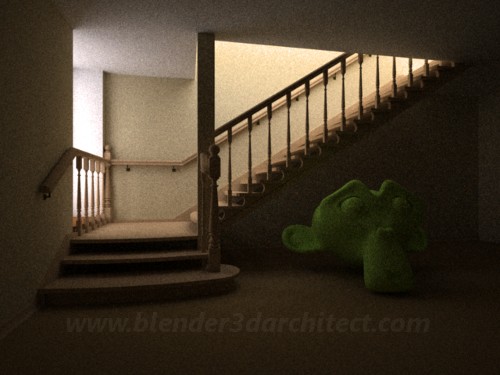 Another set of render tests that might be useful involves a comparison between YafaRay, LuxRender and Indigo to create architectural visualization in Blender 3D. The articles are a bit old, but the material is still useful.

For me, I always try to use Unbiased render engines for interior visualization, because of the incredible realism and YafaRay for external views.