When you find artwork related to Blender and architectural visualization it will most likely be about a living room or bedroom. Those are the most popular types of images that you will see around.

Do you want to see something that breaks this rule? What about a kitchen interior rendered in Cycles?

Just a few days ago an artist called Charles Turner posted at the BlenderArtists forums am an impressive render, of a kitchen project. 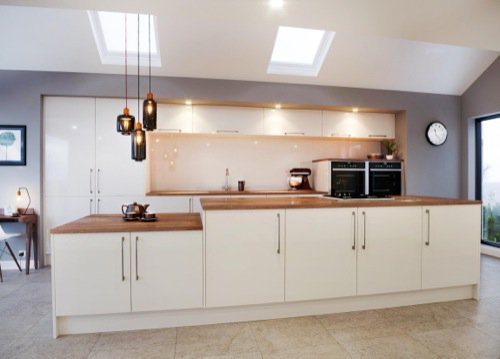 Besides the high-quality of the image what caught my attention was the total work time. According to the author, he took four hours to finish the image. 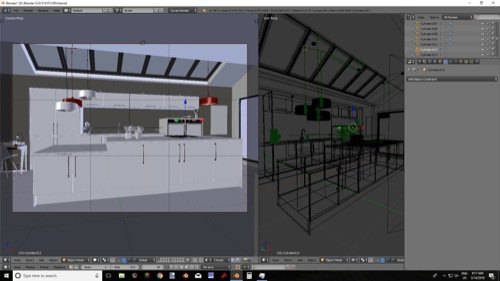 That including the modeling!

What is his secret? I did ask him a few questions about the project, and he gladly agreed on sharing some information with the readers of Blender 3D Architect.

Before we jump to the interview, let me give you a spoiler. He manages to get that type of project quickly due to practice. If you visit his online portfolio or his company website Snappy CGI you will find a lot more kitchen interiors made with Blender.

Let's go to the interview!

B3Da: Was that a commercial project?

Charles Turner: It was indeed a commercial project for a cabinet door manufacturer in the UK.

B3DA: Did you model everything in the scene?

Charles Turner: I modeled everything except for three small accessories, the Teapot, the mints on the desk on the left, and the plant on top of the ovens. I downloaded these from Chocofur to save time (busy schedule at the moment). If you zoom in on the times on the oven you will notice it matches the time on the clock on the right.

B3DA: What was the render time?

Charles Turner: Render time was about 35 minutes, I have a dual Xeon CPU workstation I use as I do a lot of rendering!

B3DA: 4 hours was the total time? Including rendering?

Charles Turner: Yes, I model Kitchens every day, so I get quick Them!

B3DA: What hardware do you use to render your projects?

Charles Turner: Because I work on interior scenes with millions of polygons GPU crashes on me. I have an M5000 Quadro 8GB graphics card in the workstations. But, the 40 core CPU renders faster and doesn't crash on large scenes. The GPU can crash halfway through a render, which is so annoying!

B3DA: Do you use any other tool besides Blender to create archiviz?

Charles Turner: No, I model everything from scratch in Blender, I then use photoshop for post process and color correction – compositor is great but I pay for photoshop so may as well use it!

B3DA: What was the most challenging aspect of that particular project?

Charles Turner: Hmmm, not sure what I would pinpoint the most difficult part – Lighting is always one thing which takes a while to get right for each shot I guess?