Architectural modeling tip: How to offset faces in Blender 3D

In some CAD software's and 3d packages as well, there is a tool called offset that can create parallel copies of faces and edges. If you create architectural models using Blender 3D and have used some of those tools, you probably miss this type of feature. Even not being available as a default tool or modifiers, it doesn't mean that Blender can't do an Offset for faces. There is a very nice script that came along with Blender 2.48a called solidify selection created by Campbell Barton, witch works pretty much in the same way as an extrude from software's like AutoCAD or 3ds Max. The name of the tool can differ in that software's, but it is there, and it's a great help in geometrical modeling.

Here is an example of how this script can be useful. Imagine that we have a wall, made by a series of faces and an arc. As you can imagine, this wall is a composition of a series of planes. 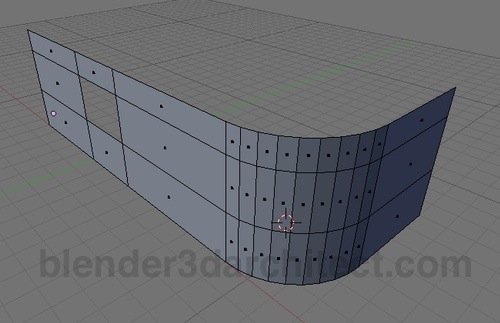 If we try to create a solid wall by selection those faces and creating an extrude, the result won't be exactly a wall: 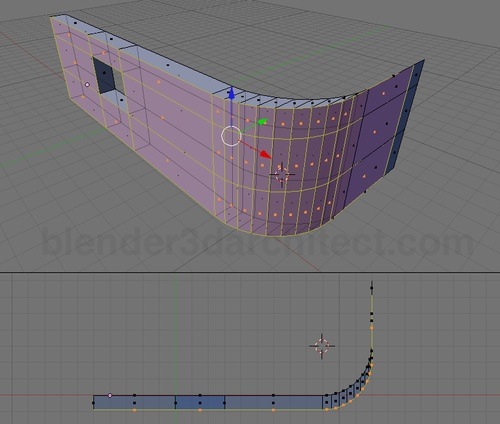 The arc makes everything a mess of faces.

With the use of Solidify selection, we can manage to create the wall using a technique similar to the offset.

It works like this, first we have to select the faces that will be solidified. When the faces are solidified, select the script in the Mesh scripts folder. There are basic only two parameters to worry about, which are: 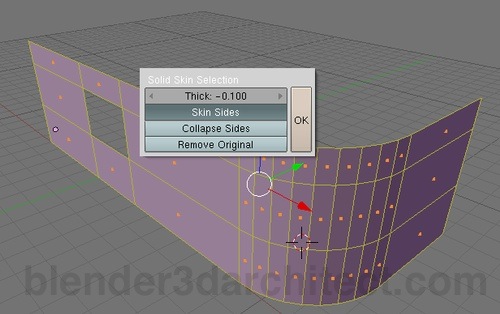 The direction of the copies are controlled by the normal's of the faces that e are editing. If something goes wrong, like faces copied in opposite sides, check the normal's. If all normal's are pointing to the same direction, everything should work fine. 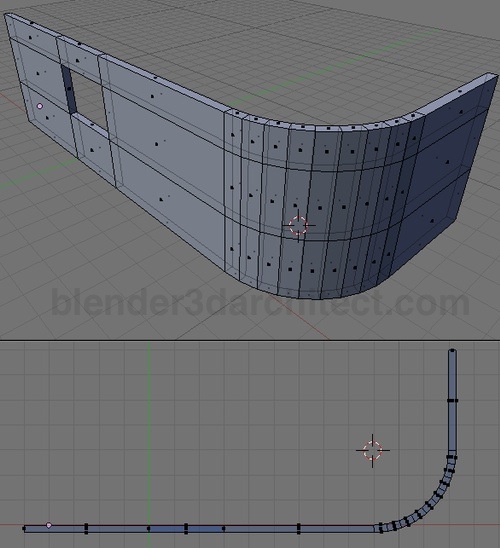 There are a lot of applications for this script, for modeling walls and other structural elements and especially in furniture modeling, where we have to deal with curved surfaces all the time.