One of the traditions of Blender is back, with the announcement of a splash screen contest to pick an image to be used for Blender 2.57. The last release that had a splash screen from a user was 2.49, and since the first alpha of Blender 2.5 only images from Sintel were used. Now, you have the opportunity to be in Blender history again. Just check out the rules in this thread at the Blenderartists forums.

What about another splash screen contest? Now, it is for LuxRender 0.8 that is actually on Release Candidate. You will find the rules for this particular contest here. 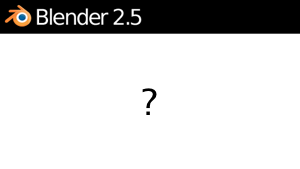 It will be hard to create one image that fits both contests, because both requires you to use their own internal render. Maybe the same model, rendered in different ways? Anyway, you now have two different chances to be on the splash screen of a great open source tool for architecture.

The deadline of both contests will be the end of March.