Workflow for architectural visualization with Blender

The problem with this approach is that you simply may not have the time to make those tests. What if you have to decide quickly? Then, you probably should take a look at other artists experiences. For instance, you can look at the experiments from an artist named SunBurn, at the Blenderartists forums.

At the thread, you will find some interesting comments about some tests conducted using Blender and Cycles to investigate the workflow for architectural visualization. The results are excellent and to make those comments even more attractive, you can also look at screenshots with Cycles and scene settings. 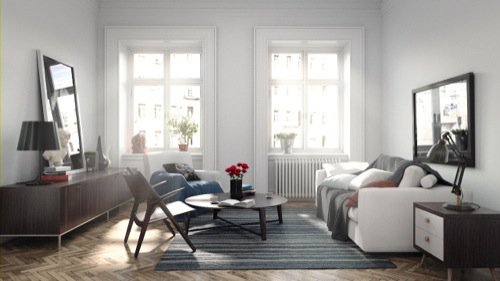 And according to the artist that was the first stage of tests for a complete pipeline based mostly on FOSS software. On future updates, the plan is to include comparisons with YafaRay, LuxRender, V-Ray and also the Unreal Engine.

For testing purposes, I would love to see Octane Render on the comparisons, but it would divert from the FOSS pipeline. With the recent news about the inclusion of Cycles as an option to render scenes in Cinema 4D, you probably will expect more artists to venture with a Blender based workflow.

And having artists like SunBurn conducting such studies will save a significant amount of time. If you want to cut straight to the conclusions of the study, at the end of the description the overall impression of the workflow for architectural visualization with Blender is positive!