Architectural visualization from photos with Blender and YafaRay

There are basically two ways of starting an architectural visualization project and both methods deals at some level a kind of reference to start modeling. In the first one we have the use a traditional technical drawing coming straight from tools like AutoCAD, ArchiCAD or VectorWorks. At this point we have an orthographic projection with the correct measurements that can be used to create 3d models in a short time. The second way is the most difficult and challenge, because it only deals with rough sketches or photos from an existing site.

The challenge in this type of visualization is that we have to model and create objects based only on the proportions showed at the image.

If the objective of the project is to reproduce the objects and light of a scene, we will have a real challenge to work on the visualization. Well, it will be a challenge for artists that never had a chance to read a great tutorial and step by step guide, on how to create visualization exactly like this in Blender and YafaRay. A few weeks ago I was browsing the foro3d and find a great tutorial pointed by Arkinauta. The tutorial was written in French, but the translation provided by Google works just fine with the text, and we can understand quite well the descriptions.

The objective of the project was to reproduce this photo: 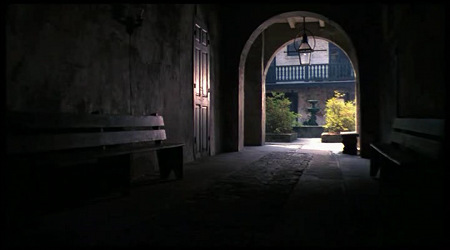 It's a very detailed and long tutorial made in five parts, covering:

Besides the description on how to create the 3d models and align the camera view from the photo with the Blender Virtual camera, modeling and materials setup we will find some great tips for composition. At the end of the tutorial the author of the tutorial uses GIMP to enhance the lighting of the scene, with an AO and Z-Depth passes.

For architectural visualization artists using Blender, this is a great example of how to reproduce an scene based on a real photo.