How to import SketchUp (SKP) files to Blender 2.9?

Update: Get the importer for SketchUp 2022 files and Blender 3.x

In many projects related to architectural visualization using Blender, you can have a starting point from a model received from a client in another software, such as SketchUp. It is quite common to get a SketchUp file from the client and get a request to make it look “pretty” with a render in Cycles. Unfortunately, you don’t have a default option to import SKP files in Blender.

Is there a way to import SketchUp files in Blender? Better yet, can you import them in Blender 2.9?

A couple of weeks ago, we posted some news regarding one of the few working Add-ons that enabled Blender to import data from SketchUp, which was originally a project from developer Martijn Berger. The project was left untouched for a long time until Arindam Mondal forked the script and updated the code to version 2.8.

The latest release from Arindam Mondal is version 0.21 of the script, which works with Blender 2.83 LTS and also Blender 2.9! The script uses SketchUp 2020 SDK, which makes it compatible with the latest SKP versions available.

How to install the SketchUp importer for Blender 2.9? After visiting the previous link and downloading the latest release from Arindam Mondal, you can open the Edit → Preferences menu in Blender 2.9 and use the “Install” button from the Add-ons tab. 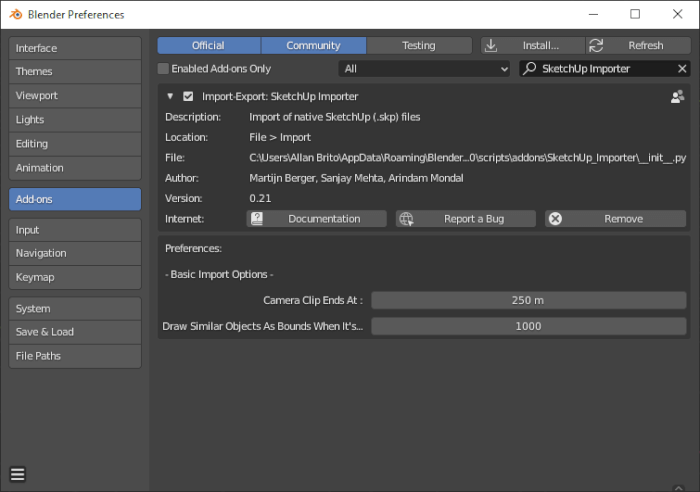 There you can point to the downloaded file and install the Add-on. Enable the tool in your Add-ons, and it appears as a new option from the File → Import menu. 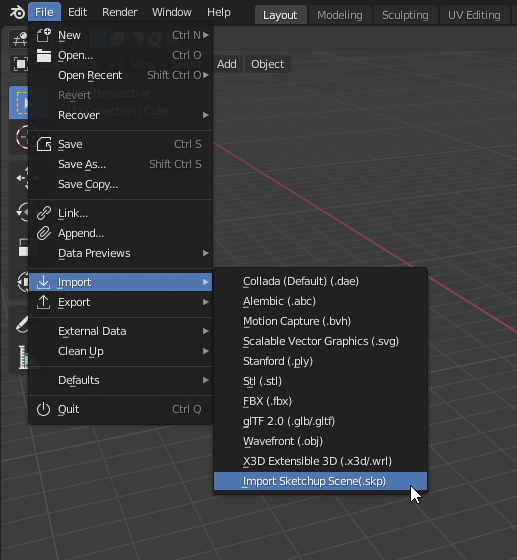 Based on my personal experience with the import process of SketchUp files to Blender, you should keep in mind that a few errors might appear when getting SKP data to Blender. The most common issues are faces with dozens of triangles, which doesn’t work well with modifiers such as the Subdivision surface. For that reason, a lot of artists still find it more productive to rebuild the model again in Blender.

In any case, you can use the Add-on to include SKP files in your architectural visualization workflow with Blender.

We hope the developer can add versions of the script for Linux and macOS in the future.