Night rendering with SketchUp and Photoshop

One of the most common types of lighting that we have to simulate in 3d for architecture is made by a clear sky with direct sunlight. It is quite uncommon to be asked to place your project at a cloudy sky or even create a night render. From both examples, the one that you may have to produce some time is the night render. I never had any client asking me to create a render with a project during the night. But, in my classes I often use this as an exercise for my students to make them practice the setup of lights for a night render.

One of the easiest ways to create a night render is with a bit of post-production. If you want to follow an interesting procedure to make a render like this, I found this tutorial covering the production of a night render with SketchUp and Photoshop for architecture. The article was posted at Sketchupartists.org and was written by Alex Hogrefe. 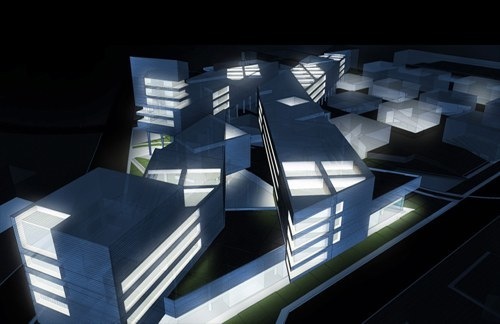 Besides the fact that most of the effect is create in the post-production stage, we can easily replace Photoshop with GIMP, since only simple tools from Photoshop are used to generate the effect.