What is the best CPU for architectural visualization?

From all the questions that we often receive here in Blender 3D Architect, it is easy to point out that picking the best hardware to work with architectural visualization is one of the most frequent topics. Since we usually help fellow artists that are trying to improve their productivity and cut render times, by offering options to build “architectural workstations”.

Today we will discuss what is the best option at the moment regarding CPU choices for a workstation, which you will use for architectural visualization with Blender 2.8x.

If you are unfamiliar with CPU brands or choices for computers and workstations, it is important to describe the market with two main companies offering those CPUs. You can either will choose chips from Intel or AMD. For a long time, you would go with Intel chips for the best performance.

Today you have a different scenario, where AMD is by far the best option for CPUs with their Ryzen family of processors. They beat Intel chips at both performance and price. 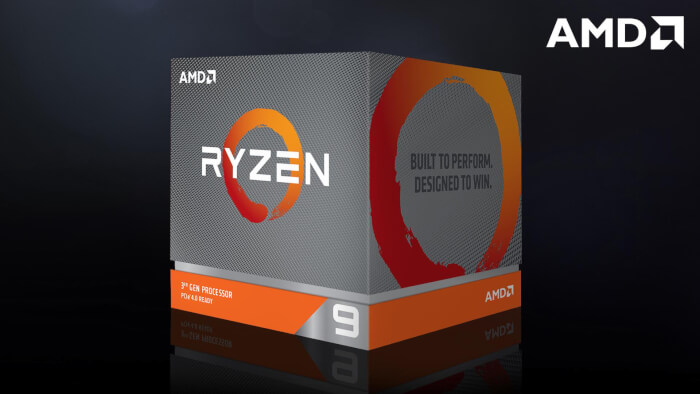 Since it is the most recent release from AMD regarding desktop processors it is quite expansive. If you are looking for a cheaper option that also provides some great performance, I recommend the Ryzen 9 3900X processor, which offers 12 cores.

Those are CPUs that often appear as options for gaming computers. Should you build a gaming computer for architectural visualization? That is an excellent question! The answer is; yes in most cases. Unless you have a specific need that requires processing power that gaming computers can’t handle, you will be fine with gaming hardware.

Remember that you probably will have a powerful GPU to process real-time graphics and also render some scenes with Cycles.

What if you want to build a workstation with high-end hardware? In those cases, you will probably want to check the Ryzen Threadripper series. The Ryzen Threadripper 3970X (32-cores) is an absolute monster CPU for architectural visualization and Blender. But, it comes with a cost.

What is the difference between them? Why the Ryzen Threadripper is so expensive? They have additional features you will only find with this family of processors:

Of course, it is much more than this simple list. If you decide to use the Ryzen Threadripper, you can even think about going with a simpler GPU for rendering.

Do you want to see it in action? Here is a benchmark video with the Blender BMW scene using the Ryzen Threadripper 3970X:

The computer used for this particular render has the Ryzen Threadripper 3970X with 64GB of RAM.

Here are the best options today, if you consider cost:

For maximum performance you have to go with the Ryzen Threadripper family:

They will offer you an incredible performance to render any project in architecture.

Disclaimer: Some of the links above might be affiliate links, meaning, at no cost to you, we earn a commission if you click through and make a purchase. If you decide to purchase using our links, you will be helping us with the maintenance of Blender 3D Architect. Thank you for your support!