When we have to add models and objects to a scene to compose an interior design project, sometimes those models are distributed on the scene without alignment or specific order. By the time we create the duplicates of the models, there are tools such as the Array modifier that can already distribute and align the objects on the scene. But, what if we want align objects already on the 3d view? To do that we can use a very useful script called Alignit, which can be downloaded in this link.

The script can move and align any type of objects on the 3d view, based on axis position and the shape of the objects. It`s pretty simple to use and can really make the difference on architectural modeling, specially to organize furniture models.

Let`s take a look on how it works. First of all, download the script file and open it in a text window in Blender. Press ALT+P to run the script and you will see the alignment interface. 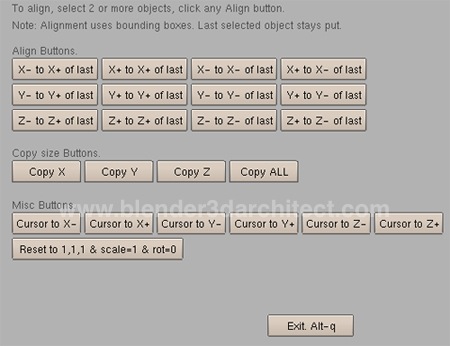 There are a few things we must have in mind before use the script:

For instance, if we have a 3d scene full of 3d chairs like the one below: 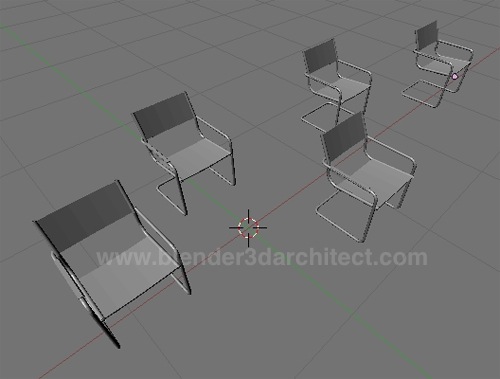 We can select all the chairs and run the script to align all objects. In this case, I want to align the models in the Y axis of the last selected chair. 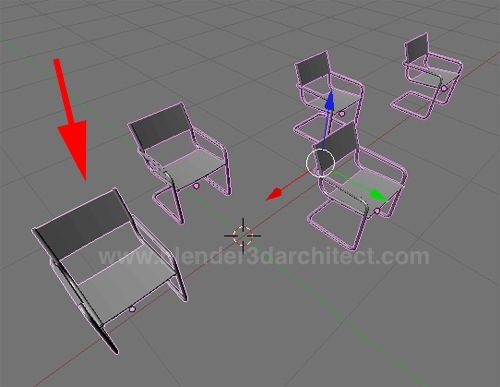 To do that, I simply press the Y+ to Y+ of last button.

After that, all chairs will be aligned in the Y axis. 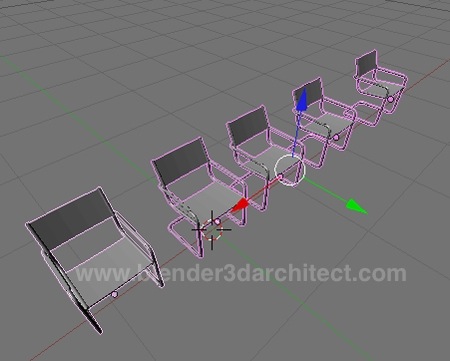 As we can see, with this script the distribution and placement of furniture models for an interior design scene, will be much easier. Of course, it`s not only useful for architectural modeling, all other projects that may require this type of operation will benefit from the script. This is an option that could be easily added to Blender 3D as a feature on the mesh tools or object panel.