A very common workflow for architects working with architectural visualization in Blender 3D, is to start a base model in SketchUp and then export the model to Blender for materials and rendering setup. This is a way to quickly create models in SketchUp and render with YafaRay or LuxRender the 3d models. The integration between SketchUp models and Blender will be highly improved with the completion of a project from SoC, which is aimed to better support models imported in COLLADA format. This will unleash the full set of models from the 3d warehouse for projects using Blender. I donâ€™t have to say how good this will be for architects and architectural visualization artists, to get access to a great furniture and 3d objects library like the 3d warehouse.

I the mean time, we can still work on the modeling of walls and volumetric shapes in SketchUp. Today I will show you a simple, but very useful script for SketchUp that will help on the modeling process. If you ever made a model in SketchUp, you probably know that we can only create one extrude single faces in SketchUp. There is no way to select lots of faces and extrude them. There is a script called Multiple Push/Pull that allows us to select a full set of faces, ans extrude all of them at once.

Take a look on the following image, created from a DXF file.

If we have to extrude those faces, we would have to select each face use the push/pull tool three times to create the 3d walls. Letâ€™s see how the script can help and speed up the modeling.

First of all, download the script and place it at the SketchUp plugins folder. When the script file is placed, we will find an option at the Plugins menu of SketchUp called Multiple Push/Pull.

Select all faces of the objects and choose Multiple Push/Pull. We will see a small menu asking for the measurement of the extrude.

Set a value for the extrude and we will finally see the walls appearing at once. 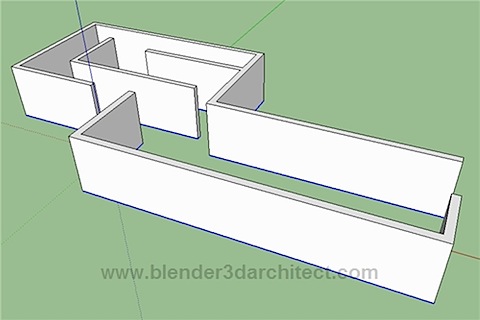 Well, for only three faces we wonâ€™t see much difference on the modeling. But, imagine the same thing applied to fifteen or twenty faces. Now we can export the model to Blender and start working on the rendering. 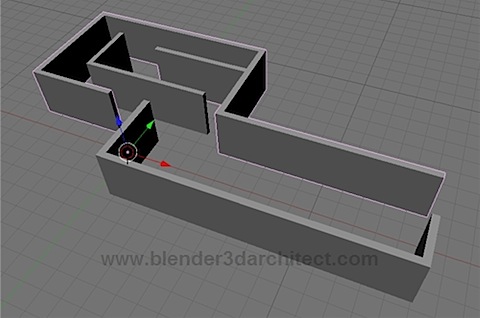