Modeling for architecture: How to create curved curtain walls in Blender 3D?

At some point in the modeling process we have to use a mix of features of Blender, to get the shape we need in our modeling projects. If you don't know the right set of tools, objects like a curved curtain wall can turn into a real modeling nightmare. This is a type of object that often appears in big commercial projects and office buildings, and artists involved with architectural visualization projects will eventually have to model one of them at some point.

In Blender 3D we can create this type of object in an easy way, only by using the right set of tools. To create an object like this in Blender, we have to use a combination of two modifiers, which are the Array and the Curve modifiers. How it works? Let's find out!

The first thing you will need to follow up this tutorial is a frame that will later be copied to create the wall. This frame can be created easily with only a few extrudes. If you want to add a bit more of realism, this frame can receive extra details, with tools like the Solidify Selection script, and create the place to infill the frame with the glass. Here is an example of a frame: 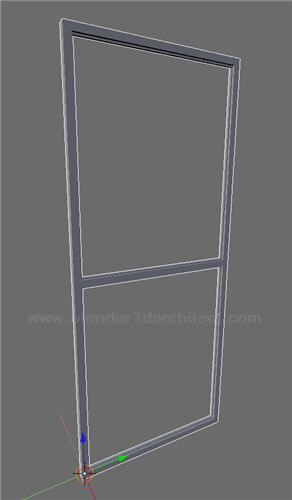 The hardest part of the tutorial is related with the creation of the frame that will be copied now with the Array Modifier. Add an Array modifier to create a series of copied frames along one axis. 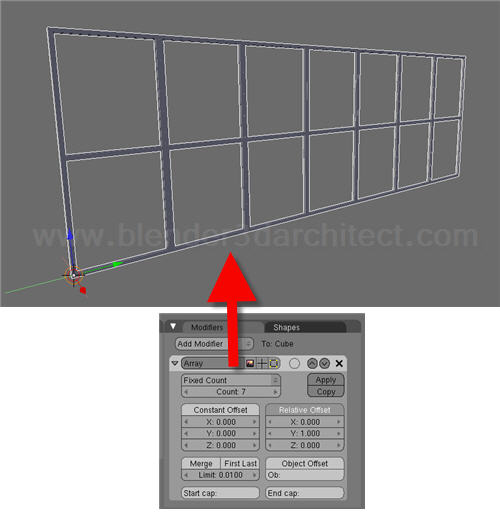 In my case, I have added two arrays to copy the objects in the X and Z axis 7 and 2 respectively. 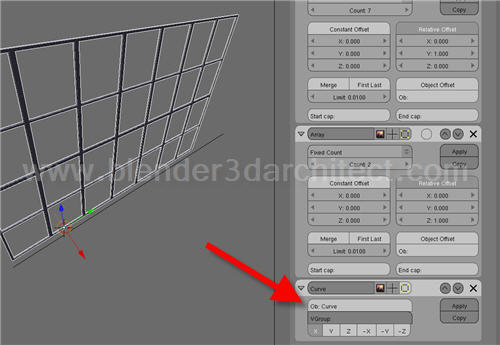 If you followed all steps, now all you have to do is edit the curve and the wall will bend to fit the curve. 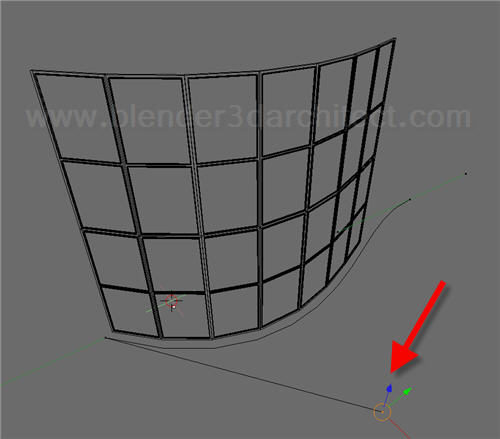 The great thing about this technique is that when a frame if curved no edged or vertices are deformed!

If you want to see a video about this procedure, I have uploaded a tutorial Curved Curtain Walls in HD to my Vimeo Account, and you can check it here. There is only one small detail about the tutorial; the narration of the video is not in English. Just turn down the volume of the video, and follow the procedure showed in the video.