A scene produced for architectural visualization is never complete without some elements or objects that represent a real sense of scale for the viewer. In most cases people can't get a real idea of how big or small a project is, until they see a common image or a reference. For architectural visualization projects, the best option to give the impression and sense of scale, is achieved with some people and trees added to the scene. In Blender 3D we have a few options to add those type of elements to a scene, going from a 3d model of peoples and trees to the use of 2d images.

In this article I will show one of the best resources to get free 2d cutout images from trees and people, to use in Blender 3D. If you never heard of vyonyx, I strongly recommend you to visit their web site and look at the right side of the page. There you will find a download section and then a set of great images of people and trees, like this one:

The images are in high resolution and are totally free!

How to use those textures in Blender 3D? Well, if you don't have any idea of how to use this type of texture, let's take a look on the steps to import a texture like this to Blender, and use it in an architectural visualization render.

First of all, some of the images are in PSD file format and others are in TGA. To use them in Blender, you will have to open the image in GIMP or some other image editor to erase a warning layer from the images. The layer has some info about the image, and works like a watermark for the textures.

Just open and save the image in PNG, leaving the background transparent.

With the image saved to PNG, open Blender and create a plane. Scale the plane until it looks like the image below: 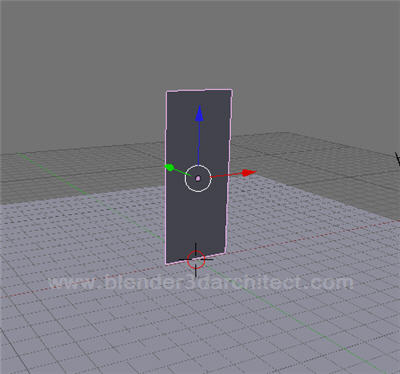 Add a material and an image texture to the plane. To make the image looks transparent in Blender, we have to press the UseAlpha and Alpha buttons. It will make the background the image to disappear. 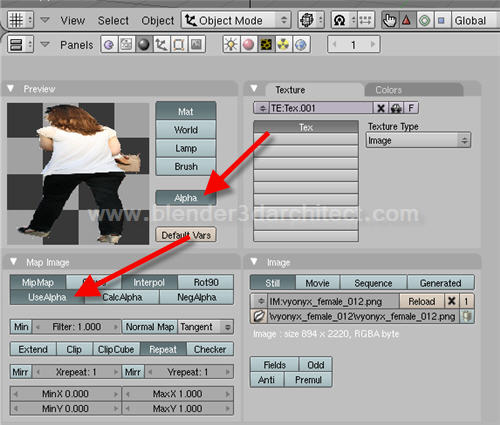 Next, go to the materials panel and set the alpha of the material do zero, and press the following buttons:

These settings are important to make the image transparent and to avoid strange reflections from light sources. Now, just place the camera and hit F12 to see the rendered image: 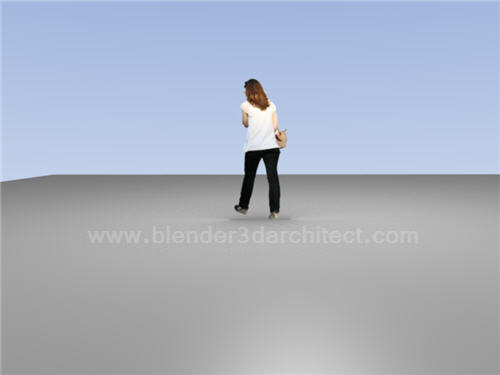 With this technique, all we have to do is add some images to our scenes. If you prefer, use a UV Mapping to control and see the texture in 3D View.