The use of Blender as a 3D modeling platform is a popular choice in many fields, like game development. When you start working with engines such as the Unreal Engine, you will quickly notice it lacks features to create more elaborate 3D models. Another area where Blender might soon start to become popular is the creation of BIM files.

With the BlenderBIM project, you have an add-on that makes Blender capable of exporting IFC files. We already talked about the add-on multiple times here in Blender 3D Architect, and a couple of days ago, it received an update with lots of new features. 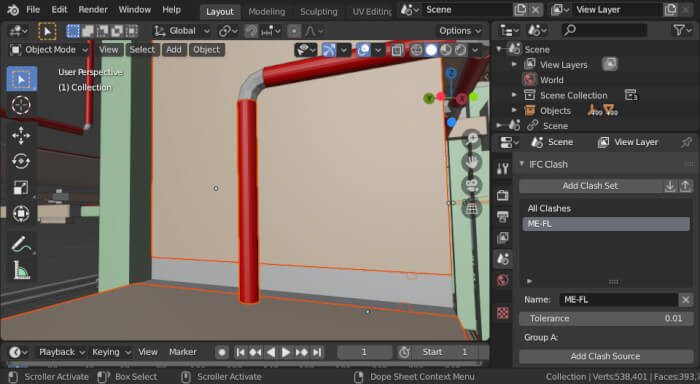 As you can see from the extensive list of updates, the BlenderBIM project is growing fast and making Blender even more capable of helping architectural design.

How to download the IFC exporter? Visit BlenderBIM and download the add-on, which is free and open-source. The BlenderBIM is an initiative from architect and developer Dion Moult.