One of the challenges to create interactive architectural visualization is to work with low poly models. This is extremely important if we want to have a fast and well designed application. For instance, all models that represent walls have a very low poly count, which make them ready to be part of an interactive animation. But, when we deal with furniture and objects topology, there will be often a few parts of those models that could have the poly count reduced.

Last week I found a great script on the Blenderartists forums that could help on the reduction of the poly count, for furniture models and even for walls with bad topology. The script is called Mesh Optimiser and is aimed at game developers that use the Blender Game Engine. Since architectural visualization artists also use the Game Engine to create interactive animations, the script will be useful for this purpose as well.

To download the Mesh Optimiser, just visit this thread at the Blenderartists forums.

The script is quite simple to use, it doesnâ€™t have a GUI to setup any parameters. All we have to do is open the script in a text window, and then run it with ALT+P. Letâ€™s take a look on how it can remove a few faces from a model!

Below we have a wall model created with the use of several Boolean modifiers. If you have some experience with 3d modeling for architecture, you must know that we have to avoid Booleans in 3d modeling, because they will generate a really messy topology. I know that even with the bad aspect of the Boolean, a few artists still use the tool to quick modeling tasks. 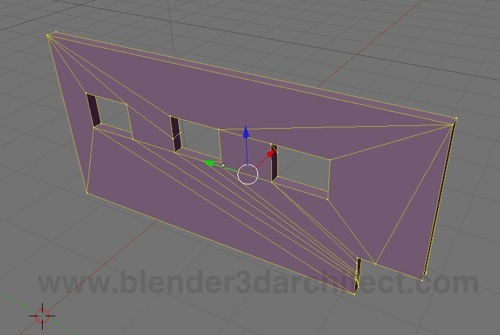 This model in particular has 64 faces and 120 vertices.

Open the script in a text window and with all the mesh selected choose Run Script or press ALT+P. 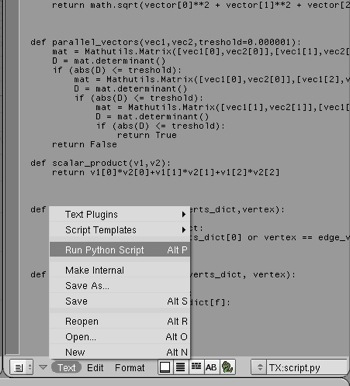 The final poly count for the wall model is 49 faces and 92 vertices. 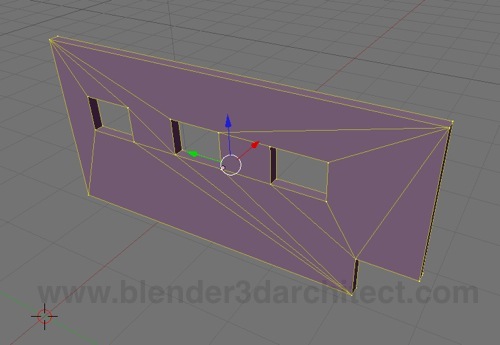 This was only one simple model, but for more complex scenes it can make the difference to improve the performance of interactive applications. One of the things to notice for the script is that it will only reduce the poly count for meshes in the same plane. For curved surfaces we wonâ€™t see many changes.