If you want to download the Blender Assisted Design script, visit this link.

Now, letâ€™s see how the script works. Put the script folder called BAD at the Blender 3d scripts folder, and the tool will be available at the Scripts Window in the Mesh folder. 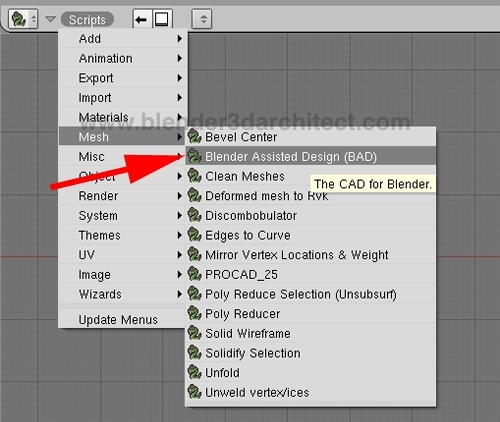 When the script is active, we will have basically three options:

The first one called Edge Length can change the size of any selected edge and set it to a specific size. Just type the new measurement and with the edge selected press set. With the second option called Edge angle we can set the angle between two different edges to any degree. And to do that we have to select two connected edges and type de desired angle.

From all the options available in this script, I find the last one the most useful. The Weld button can create a new vertex at the position that two edges are making an intersection. This is a great option to derivate wall from existing geometry.

Take a look into the example below, where we have a wall and two edges marking the place that must have a new wall created. 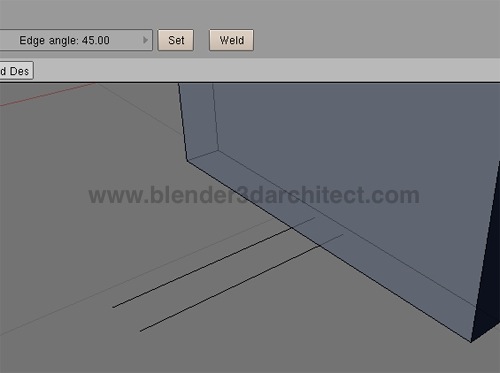 Select two edges and press Weld to create vertices at the intersection and start working with the default edge modeling tools of Blender, to create the rest of the model. 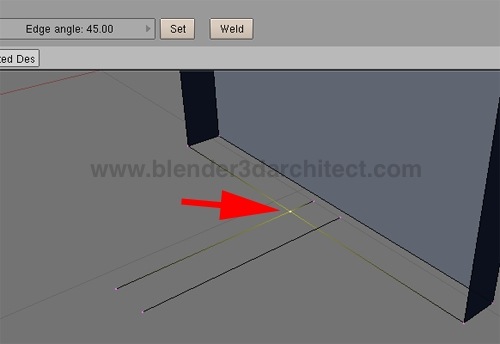 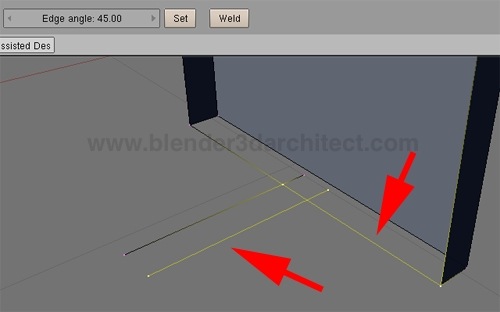 Repeat the process with the other edge and we will have a great starting point for the modeling. 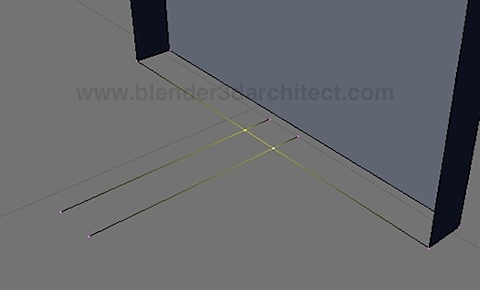 One last tip is to turn on the Space Handler for this plugin, at the View->Space Handler Scripts menu. If you do that we will be able to access the plugin using the zero key from the keyboard. If you work with architectural modeling in Blender 3D, this script should be in your collection of tools for modeling.