In the last articles here in the blog, I'm talking a lot about the advantages and uses of external render engines used with Blender 3D. I have to say that I really like to use those render engines, and today very few renders are created entirely with the Blender internal render. But, it doesn't mean that it's not possible to create great images with it. In fact, there is even a project that will boost the speed of the Ray tracing system of the Blender internal renderer, in development right now for the SoC 2009.

This is one of the projects that already start to show up some of their results as a test build released at graphical.org. The developer responsible for the project is Jaguarandi, the same person who implemented the ShrinkWrap modifier in Blender last year.

As a way to follow the improvements to the internal render engine, I manage to download the test build available here, and used a simple scene to test it. The scene was rendered first in Blender 2.49 with the Ray tracing turned on and with Ambient Occlusion too. 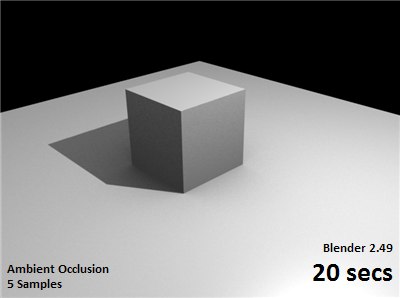 The render time for this scene is about 20 seconds, with an 800×600 resolution and 5 samples for the Ambient Occlusion.

Now, the same image renderer at the test build with the same settings was rendered in less than 6 seconds! This is a huge improvement, if we consider that this is a test build and the project may advance even further! 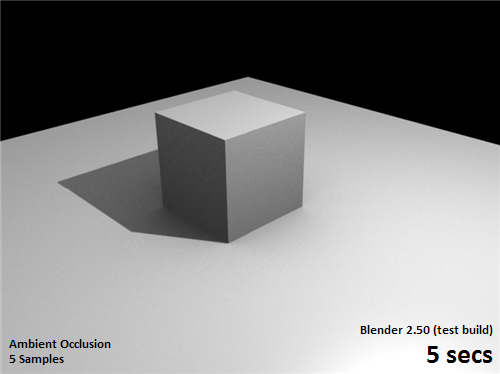 To test the new render system you will have to download the same test build and open a scene with this version of Blender. Since the project is in development using the Blender 2.50 core, which is still in development, there aren't any tools to model in the early stages of 2.50. But, we can open almost any blend file with it.

Just remember to use scenes and files with a backup copy; since this is a test build, there is a change that your files may get corrupted or damage.