In the last few months, you probably heard about the qualities and groundbreaking tools offered by Blender 2.8. That is true, and if you tried to use the new user interface and options such as Eevee for real-time rendering, you would see how those statements reflect the truth.

With version 2.90, you will find the same user interface of 2.8x with some “cosmetic” changes, which is great because there won’t be any drastic redesign forcing artists to learn everything from scratch.

In version 2.90, you will find a “game-changer” tool for architectural modeling. The new tool has the name of Extrude, Dissolve, and Intersect. Because of that tool, we are assigning a cute nickname to version 2.90: The SketchUp killer.

What can we do with the Extrude, Dissolve, and Intersect? Here is a quick demo of the tool:

As you can see from the video, it can extrude and change a model topology by dissolving faces (N-Gons) and also intersect the results with surrounding faces. It works in a very similar way of the Push/Pull from SketchUp. 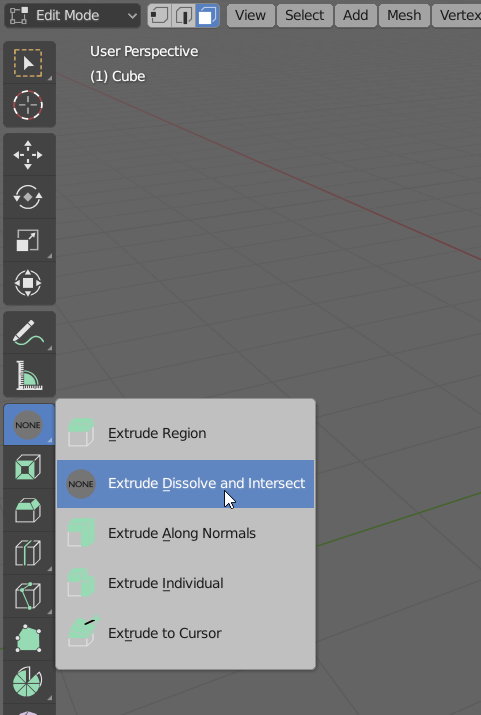 (We still don't have an icon for the tool)

If you have any prior experience trying to teach Blender for architects, you know that a significant amount of people tend to model in SketchUp, because it is “easier” and export the results to render with Cycles.

With a tool such as Extrude, Dissolve, and Intersect allied with the Knife tool (K key), you will have the same workflow from SketchUp in Blender. Instead of drawing an edge to extrude, you will cut an existing face.

That has the potential to bring a lot more architects and students to Blender. Not only they will have a robust 3D modeling environment, but an incredible line up of renders. Rendering a project with Cycles or Eevee is just a click away.

Do you want to test Blender 2.90? It is already available as an alpha release at the Blender Builder. I don’t have to remind you that it is still in alpha, and you shouldn’t open or use it to critical projects.